You are here: Home / 1) Knowing God is there / Forces of nature and self-organization

Is it self-organization or is it a life force? 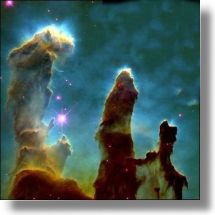 Current scientific thinking tells us that matter “self-organized” to create life.  This is a possibility, but is it consistent with what we observe?

We do not believe that atoms “self-organized” to create matter.  We recognize instead that nuclear forces exist which act upon sub-atomic particles to manifest matter.

We do not believe that magnets “self-organized” to align themselves.  We recognize that magnetic forces exist which act upon the polarities of certain elements.

We do not believe that the planets “self-organized” to create the solar system.  We recognize that gravitational forces exist which act upon matter to manifest planets, stars and galaxies. 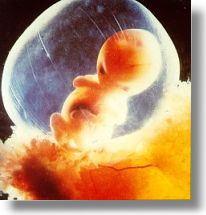 Why would we then believe that matter “self-organized” to create life rather than to acknowledge that a life force exists which acts upon matter to manifest life?

Why should genes replicate rather than to just sit motionless as stable, inert organic chemicals?  Why should cells engage in respiration, circulation, digestion, reproduction and dozens of other energy-consuming activities required to produce and sustain life?  Why are the basic forces that shape our universe so precisely tuned to support life?  What is the force that causes design and complexity to arise from disorder and chaos?

Everything that is manifested in the universe is the result of a force that simply exists without any known explanation as to how or why.  Particles, matter and energy do not “self-organize.”  They are the product of a force.  Should we assume any differently of life?

Is it logical or consistent to assume that life would “self-organize” or is it more reasonable to assume that it too is the result of a force, a life force that mankind perhaps has only begun to recognize, let alone to understand?

The life force within you was given to you, handed down from your parents, from their parents and all those before them. It is an unbroken lifeline that goes back to your very first living ancestor. That, according to evolution theory, would be the very first living cell billions of years ago. Yet, take away that precious life force for just a matter of minutes and there is nothing that can be done to restore it. Lying there dead, you would have a very complete human body with every essential component for required for life. But there you would be, without the “spark to start the fire,” and with nothing to simply “turn the key and start the engine.”

Nothing in the universe happens without an underlying force.  Everything is based on cause and effect.  What, or Who, is the first cause that has produced the effect we call life?  How or why does non-living matter come to life? Are you certain that you can even take your next breath without a life force acting upon, and within, you?

“The LORD God formed the man from the dust of the ground and breathed into his nostrils the breath of life, and the man became a living being.”
Genesis 2:7

“The Spirit of God has made me; the breath of the Almighty gives me life.”
Job 33:4

“The God who made the world and everything in it is the Lord of heaven and earth and does not live in temples built by hands. And he is not served by human hands, as if he needed anything, because he himself gives all men life and breath and everything else.”
Acts 17:24-25

“For since the creation of the world God’s invisible qualities–his eternal power and divine nature–have been clearly seen, being understood from what has been made, so that men are without excuse.”
Romans 1:20

“God said to Moses, ‘I AM WHO I AM. This is what you are to say to the Israelites: I AM has sent me to you. This is my name forever, the name by which I am to be remembered from generation to generation.'”
Exodus 3:14-15