Only through humility can we truly understand greatness.

I used to be pretty put off by much of what I experienced in church.  I remember doing a group reading one Sunday in which we had to say, “Oh, what a manifold sinner am I.”  I thought to myself, “Who?  Me?  What a joke!  Maybe these people on either side 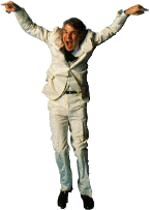 of me are sinners, but not me.”  I’d never killed anyone, never stole anything and never cheated on my wife.  I believed myself to be pretty good by anyone’s standard and the idea that I was a sinner was just plain offensive to my ears.

Years later my life had dealt me a few problems that I had never planned on and didn’t know how to handle.  My wife and I were talking about divorce for the first time.  Through a very strange “coincidence,” I had a chance meeting with the one friend I knew to be a Christian.  Through the course of our conversation she loaned me her Bible.  I took it to a quiet place, opened it and began to read the words of Jesus.  He said:

“You have heard that it was said, ‘Do not murder.’ But I tell you that anyone who is angry with his brother will be subject to judgment. Anyone who says, ‘You fool!’ will be in danger of the fire of hell. (Matthew 5:21-22)

I’d never hit my wife physically of course, but had I been angry with her?  Sure, quite often.  And somehow I realized that whether anger lashes out physically or emotionally, it still comes from the same condition of the heart.  For the first time, I could see the damage it had caused and knew that it was wrong.  I read on:

“You have heard that it was said, ‘Do not commit adultery.’ But I tell you that anyone who looks at a woman lustfully has already committed adultery with her in his heart.”  (Matthew 5:27-28)

Something about those words went right to my heart.  Sure, I’d never cheated on my wife in the physical sense, but had I ever looked at another woman in a way that put her above my wife in my sight?  Yes, and somehow now, for the first time, it seemed very wrong to me and I could see how that would have hurt her, and that realization hurt me.  I continued to read:

“Do not judge, or you too will be judged. For in the same way you judge others, you will be judged, and with the measure you use, it will be measured to you. “Why do you look at the speck of sawdust in your brother’s eye and pay no attention to the plank in your own eye? How can you say to your brother, ‘Let me take the speck out of your eye,’ when all the time there is a plank in your own eye? You hypocrite, first take the plank out of your own eye, and then you will see clearly to remove the speck from your brother’s eye.  (Matthew 7:1-5) 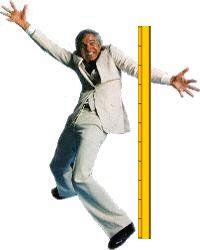 In these words I realized that I’d been living by a measuring stick that I had sized just for me.  All my life, it had seemed like a good way to size up other people, but all of a sudden it seemed pretty small and inadequate.  I saw that there was a far greater measuring stick, a far higher standard than my own, and I realized that not measuring up to it was the source of many of my problems.

I felt shame and humiliation at these insights, but at the same time I found peace and direction in these words.  It was clear that what I’d done was wrong, yes, even sinful, but for the first time I also saw what I needed to do to make things better.  After continued reading in the Bible and beginning to pray for the first time in my life, I came to understand and experience love from a completely new perspective.

Only when we are touched by God’s spirit can we see His greatness and understand our own smallness.  Only then can we see things His way and gain the insight to live by a higher standard than our own.  It’s a hard pill to swallow at first, but it then frees us to grow like a seed that has broken through the confining darkness of its shell.

What do you say we “get small” and humble before a great and glorious God.  It’s the only way to grow.

“For all have sinned and fall short of the glory of God.”
Romans 3:23