You are here: Home / 3) God's higher purpose / Tony sang for your tunas!

What if someone were to walk up and tell you “Tony sang for your tunas.” What would you think? How would you react?  You”d probably want to get as far as possible from this crazy person. You’d probably think, “Look, I don’t have any tunas. I can’t imagine for the life of me why anybody would need to sing for one.

I dont know this guy Tony, but he sounds like someone who I should stay far, far away from.” “Tony sang for your tunas.” On their own, each word makes sense, but put them together and they seem like foolishness.

My reaction was pretty much the same when for years I was told “Jesus died for your sins.” I wanted to get as far as possible from these people.  I thought, “Look, I don’t have any sins. I can’t imagine for the life of me why anybody would need to die for them.  I don’t know this guy Jesus, but he sounds like someone who I should stay far, far away from.” “Jesus died for your sins.”  On their own, each of these words make sense, but put them together and they seem like foolishness.

What was once lunacy to me, however, now makes sense. The word “sin” comes a Greek word used in archery which means “missing the mark.”  I once thought that I had no sins, but I came to realize that this were true only when my life were measured against my own values, and that my values fell far short of those held out for mankind in the words of God and Jesus found in the Bible. 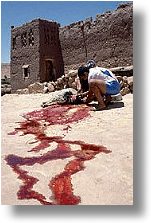 I learned in the Bible that in elevating mankind to a higher level, God gave us laws and commandments that, if violated, required that a life be taken.  In the most serious cases, the life of the person committing the offense was to be taken.  In other cases, an unblemished lamb or “scape” goat could be substituted as a sacrifice instead.  Why such a serious consequence?  This was necessary to teach God’s children that He is serious about purity and holiness.  Sin to God is no different than a cancer in your own body. As much as you might love the cancerous part of your body, you cannot live if the cancer lives and grows. 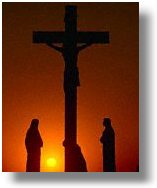 This then requires that your sin be paid for with your life, but, because of His love for you, God has offered a substitute to be sacrificed for your life.  In fact, He offered the highest possible sacrifice for your sins, the life of His own Son, Jesus, the “Lamb of God,” who mankind unwittingly sacrificed in a heinous act of sin, crucifixion.  This was foretold in prophecies hundreds of years before it happened.  So Jesus did indeed die for your sins, for my sins and for the sins of all mankind.  It only seems like foolishness until you understand the context in which it occurred and realize that there is a higher standard for living than yours, mine or anyone else’s but Gods, and that this standard of life can only be preserved only by removing or healing those parts that fall short of it.

And what does He asks in return for the great price that was paid on our behalf?  Simply that we believe, for only by believing does this sacrifice have the power to make us see the seriousness of our own sin, to turn from that sin, to be healed from the effects of sin and to thank God for the great price He paid to teach us that lesson.

“Be perfect, therefore, as your heavenly Father is perfect.”
Words of Jesus Christ in Matthew 5:48

“For God so loved the world that he gave his one and only Son, that whoever believes in him shall not perish but have eternal life. For God did not send his Son into the world to condemn the world, but to save the world through him. Whoever believes in him is not condemned, but whoever does not believe stands condemned already because he has not believed in the name of God’s one and only Son.”
Words of Jesus Christ in John 3:16-18

“The man without the Spirit does not accept the things that come from the Spirit of God, for they are foolishness to him, and he cannot understand them, because they are spiritually discerned.”
1 Corinthians 2:14